Last Friday night at the Swan in Ascott-U-Wychwood, we danced and sang to sixties and seventies classics performed, live, by the local Supergroup briefly known as “Three Piece Sweet”. It was a joyful and entertaining evening, and we collected £530 for AWD.

We’d like to thank Mark the Wig, John the Hat, and Charles the Shirt for the music,  Richard and Michiel for the venue, and the wonderful people of Ascott-U-Wychwood (and a few from beyond) who always step up, always hit the dance-floor, and time and again show their apparently infinite generosity.

Our thoughts are with all the tourists, British, Russian, German and others, who are struggling to make their way back home from Sharm-el-Sheikh after the devastating plane crash.

But our thoughts also go out to all the people and families we have met over the past few years, locals as well as expats who live and work in Dahab. These are people who are unable to simply pack up and leave. They are facing an uncertain future, and perhaps an unsafe one as well. The near future is bound to bring more hardship and misery to a community that has already suffered from a severe recession and political turmoil over the past few years.

We’re thinking of you, Karin, Anna, Marlies, José, Amira, Catherine, and all the other friends and volunteers we have come to know so well. 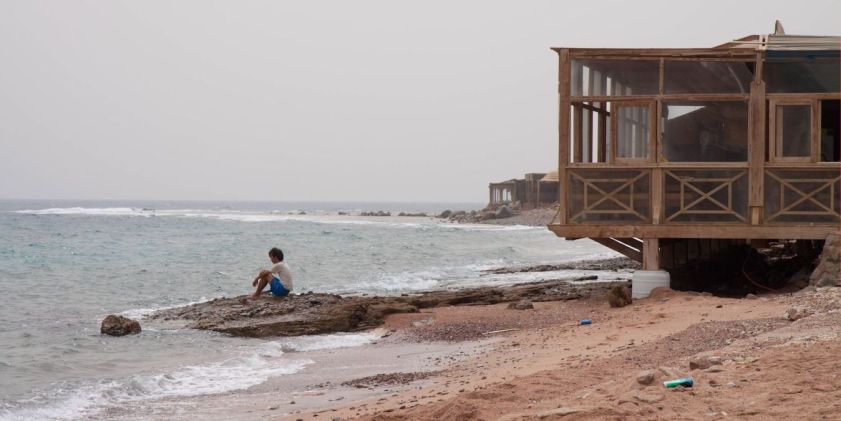 What we can we do? For the moment it’s a matter of wait and see. But without a doubt this community of people and animals needs our support more than ever. We have no idea when it will be safe for us to return, but we will continue to ship veterinary equipment and medication to Dahab, as well as donate funds to AWD to help them carry on with their excellent work.

We ask for your continued support. In order to raise more funds some friends have kindly arranged a musical event at the Swan in Ascott-U-Wychwood on Friday evening 4 December. Admission is £10, all of which will be going to our on-going Dahab appeal.

Here are some more photos we took during our work in Dahab in September – not all animal related.

We would really appreciate it if you would follow us. This means that you would be sent an email each time we post an update. Simply fill in your email address on the right side of this page, and click ‘follow’. For many mobile devices, especially phones, the follow button is right at the bottom of the visible entries, i.e. scroll to the bottom to see the button.

I promise you that all you’ll receive is notifications of updates, no adverts, nothing else. .

During my stay in Dahab, the dust, caused by a storm somewhere in the Sahara, never really cleared. Usually you would see Saudi in the distance.

One of Ruben’s dogs, Boodie, seems slightly resentful of having been given a free bath. Ruben often offers invaluable help during our TNR programme.

Dogs on the beach are independent and seem pretty comfortable.

One of my personal favourites

We’ve been home for a week now. Actually enjoying this weather – even the rain. Karen’s arm looks good and feels good. We think that the seawater helped the healing process.

The Dahab story continues; we are beginning to notice the impact that the Trap, Neuter, Release programme has on the animal population – especially the dogs. Often when we spot a dog, Karen or Lisa will exclaim: one of ours! The cat population still presents a huge problem. So we will be going back to Dahab next year.

I would like to take this opportunity to thank so many of you for the support you have given us. As you may know, Cogges Veterinary Surgery is taking part in the ‘run or dye’ run at Cornbury Park on Saturday (26th Sep) and we have already collected more than £1,000! We will keep you posted about the equipment and materials we will buy for that money. Thank you.

Here are some more pictures, including some that I took last Wednesday, when I helped Lisa and Karen at the ‘surgery’.

Some of the things we took with us to Dahab

Karen spotted these cats on her way to work – a mother and several kittens, one of whom is peeking out

A curious observer welcomed us at the surgery

Lisa and Karen in action

Outside Dr Amira’s surgery, the morning after Karen performed an amputation there

We’re back. Late Tuesday night Karen and I flew into lovely Luton and were greeted by the kind of cool and fresh weather we’ve really missed.

Our last few days in Dahab did not quite work out as we’d anticipated. We dropped out of the diving course after realizing that we were not enjoying it. In part this was that, although Karen was now officially on holiday, work still interfered.

One evening we were called out to look at a ‘Bedouin dog’ whose left hind foot was badly mangled.  Karen soon decided that the foot (virtually split into 2, with bones sticking out) could not be saved. The choice then is simple – you put the dog to sleep, or you try to amputate.

Karen, Karin (AWD) and local vet Dr Amira made the decision: amputation. Although it was the foot that was damaged, the amputation had to be done in the middle of the thigh, to prevent the dog from attempting to walk on a remaining stump. Although conditions were not ideal (especially regarding instruments and anaesthetics), the room in Dr Amira’s shop was cool, which was a blessing. Dr Amira gave Karen a hand, while I did my best  to monitor the anaesthetics. This was also an educational exercise, as Dr Amira had not performed a successful amputation before. It was hard work, using small clippers to cut through the bone, and it was bloody too, but eventually Karen sewed up the wound and we carried the dog to Karin’s car, warning her that she could be in for a difficult night.

The next day we heard that the dog seemed to be doing well. The following day we went to Karin, who lives in a wadi, to check progress. Karin keeps a lot of dogs, and we were amazed to see ‘our’ dog mingling with them, looking fit and healthy only 30-odd hours after losing a leg. It never ceases to amaze us how quickly these guys adapt, and simply get on with it. We left him with Karin in the safe knowledge that he will be fine. As the original ‘owner’ (owner, in this area, is a very loose term), a Bedouin, will not want him back, Karin will find a new home for him. Another positive outcome.

From this side he looks like any other dog…

…but from another angle, all is revealed. The wound is healing fast and well.

Over the next few days I’ll post some other photos from Dahab.

Yesterday (Wednesday) I spent the day with Lisa and Karen at the Dahab branch of Cogges Vets. Up close it was quite an experience. At times it reminded me of an episode of MASH – there was blood and drama. But throughout, both Karen and Lisa remained calm and simply got on with it. On the ops table (a wooden table supported by bricks to bring it up to a more convenient height), on top of some plastic sheeting, appeared a seemingly endless array of dogs and cats, sometimes at the same time. I took some photos that I will post next week, after we get home.

Throughout the day (from 0900 until 1600, with a short lunch break) I was impressed by the way Lisa and Karen worked under extreme conditions – it was hot and humid, and there was no air-conditioning, just a fan that actually served its purpose by occasionally allowing someone to stand in front of it to dry the perspiration from their face, or their hands after scrubbing. When we arrived the taps did not run, so we simply used bottled water. Whenever a problem arrived, an impromptu solution was found quickly and quietly, no panic. People popped in and out – ‘time for another 2 cats and dog?’- while dogs were recovering on the floor next to prepped cats, with everyone carefully stepping over all the obstacles. And maybe I’m a little bit partial here, but I found out that Karen and Lisa are stars. During this abbreviated visit they neutered 60 dogs and cats.

Last night I unfortunately suffered from a mild migraine, so our first diving lessons have been delayed until tomorrow (Friday) morning. Karen’s arm, though still looking bruised and damaged, feels much better and she is confident we’ll both be okay for our first lessons.

Chris, Lisa and Maya are going home. They’re waiting for their taxi as I write this. It will be quite quiet without them.

The weather is still strange – the sunshine is brighter today, after 2 days of dust-filled skies. There’s no wind and it’s very hot, very humid, not particularly comfortable. We’re not, however, complaining.

Karen and Lisa took most of the day off today, as Karen wasn’t really able to work as a result of injuries received from a cat- bite and scratch wounds. We expect her to able to continue tomorrow (Wednesday).

I arrived here yesterday evening, my first visit to Dahab. After a foot-on-the-floor drive from the airport I arrived safely at the house where Karen, Lisa, Chris and Maya are staying.

After a good night’s sleep I had my first view of Dahab – my first impressions are a little strange, as I’ve heard such a lot about Dahab, and posted so many pictures. I took quite a few pictures yesterday, but uploading them is turning out to be a big problem because of the low broadband speed.

Finally, I was introduced to our Dive Instructor. She’s quite young, I think, but apparently very experienced… 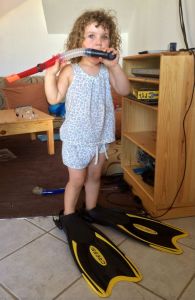