This year at the Consumer Electronics Show (CES) in Las Vegas, where all the latest electronic gadgets are introduced to the world, a new ‘canine companion’ was demonstrated. It doesn’t look like much, really, just a small plastic barrel, but it contains a camera, a microphone, and it can give treats to your pet. It is also chew-proof, talks to your pet and you can either control it using an app, or let it run by itself. It also contains artificial intelligence and gets to know your dog and its habits, then works at keeping her entertained. 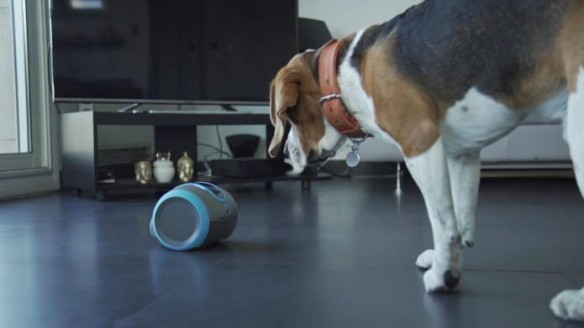 It’s a snip at £220, and I’m sure the manufacturers won’t mind if I include a picture and a link for further information:

This link will tell you more:
https://www.indiegogo.com/projects/laika-an-interactive-companion-for-you-your-dog-dogs-robot#/

So why do I mention this toy? I’m not receiving any commission, I can assure you. I’m not recommending you buy it either. What really drew my attention to the article was the name of the toy: Laïka
I don’t know why there are 2 dots on the i, but maybe it has to do with the original name in Russian: Лайка

I was 9 years old when the Russians shot Laika into space. My heart went with her. Naively, I expected her to land a week later, tail wagging as she ran across some Russian field into the arms of her Cossack owner. But Laika died in space and my heart fell to earth and was crushed.

The facts of her death took a while to emerge – 45 years, to be exact. I won’t go into the unpleasant details, but Laika died within hours of take-off, and she was never expected to survive the journey into space. 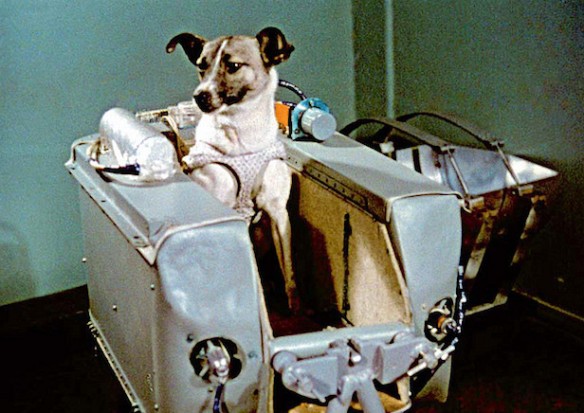 Laika didn’t have an owner to whom she could run, she was a Moscow street dog, and Moscow street dogs are tough, they survive extreme temperatures and withstand hunger. Laika was small, hence lightweight, and she was a calm dog. The ideal candidate.
Lucky Laika.

Should you want to read more details about Laika, wiki has a really good article about her:

In 2008 the Russians unveiled a statue of Laika, finally giving her some recognition and ensuring that her place in the history of space exploration would not be forgotten. 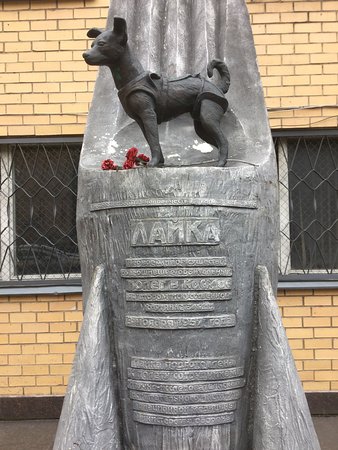 It is believed that Laika was 3 years old when she died.
She’ll always remain my favourite space traveller.

By the way, if you want to read a lovely account of a meeting between Atlas (carrying Earth) and Laika (circling Earth), read ‘Weight’, by Jeanette Winterson. Highly recommended.

I’m running the British 10k London again, on Sunday 9 July. This time without Lisa, who is injured. But with Marieke, my cousin.

Wendy Butler and Ken Smith both lived in our village and succumbed to pancreatic cancer. Every year I run, in their memory, to raise money for the Pancreatic Cancer Research Fund. Last year we raised in excess of £1,600 and we hope, with your help, to raise a similar amount this year. So please help us.

You can donate by clicking on this link:
https://www.justgiving.com/fundraising/harry-kappen3

We are also collecting money at the practice, if that is more convenient.

If you want to find out more about PCRF, and the good work they do, please click this link: http://www.pcrf.org.uk/

Today we took a break in the morning and went for a dive.
Well, Lisa dived and I was dragged along the reefs by Marlies, the most amazing dive instructor in the world. She could persuade anyone that they could do it.
The reefs around here are stunning.
A
Before leaving for our dive we had a cup of coffee at a cafe on the beachfront (yes, life is hard) and were amazed by the appearance of a dog that you will all remember from a previous TNR, Leany. Leany is the dog who met us in  the desert post surgery, wearing his buster collar, after someone had let him out of his overnight abode. We were totally amazed that he recognized  us and came running to join us and leaned against Lisa and put his foot up on my leg. Later in the day he joined us again at a different site. Lisa now thinks that he wants to come with us to England but I think that he is a genuine beach bum and Oxfordshire is a bit short on beaches. These dogs are so wonderful  and so devoted and intelligent. Leany is also truly special.
We were also joined at lunch by a cat with an ear that had been tipped – one of our previous patients.  What a forgiving gang!
A
A lovely French lady brought a cat in for neutering and told us that Tripod, the 3 legged cat who initially inspired us to do work out here, is alive and well and fat and lives in her house. Lovely to see and hear that a lot of our patients are surviving and even thriving.
A
We spent the afternoon neutering. We were joined by Dr. Amira with one of her patients. Amira wanted to learn how to remove an undescended testicle (which her patient had). She is always trying to improve her skills and opportunities for continuing professional development are hard to find out here.
A
So the total so far is 48 neutered animals. Up early in the morning to start again.

Joining us for lunch: Lisa with the ear-tipped cat we’d seen on our previous visit

Chilling after a long day of prowling

Leany. Back among friends

On Saturday we attended the graduation of Kerry Scarlett, our practice manager, in London. Kerry gained an MBA – a wonderful achievement. We are extremely proud of her. We are also proud of her family who supported her through all the ups and downs. Gaining a degree while working and raising a family…..wow. 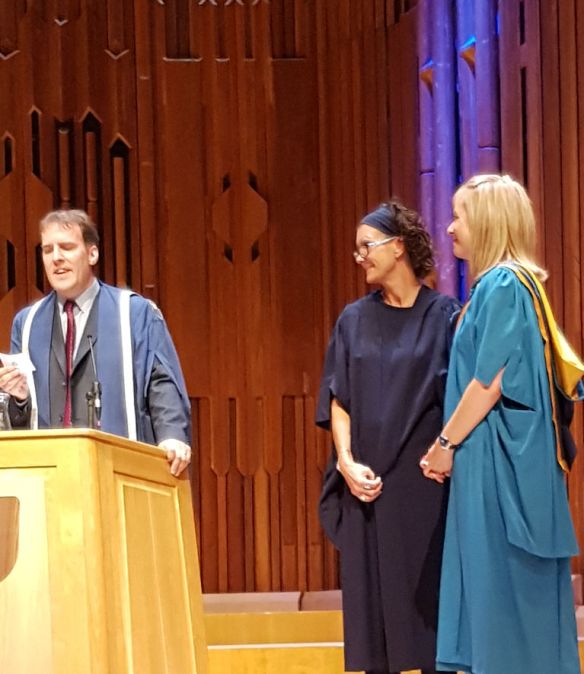 We were also impressed by the other graduates at the ceremony.  They came in all shapes,  sizes, sexes, nationalities, ages – all amazing people with great strength of character and determination. The ceremony was very moving and at times brought a tear to the eye. The biggest applause was for a guide dog wearing a graduation gown (yes there are graduation gowns for dogs!). He lead his owner on to the stage to collect her BA degree. The bond between them was wonderful to see.

Recently there have been a few ‘cat survival’ stories in the national press.

First of all there was the cat who turned up after having been missing for 8 years. And he turned up at a railway station in Paris. The cat’s name is Moon Unit, perhaps an indication of where he’s been all this time? Some of us – well, maybe it’s just me? – will be reminded of ‘The IncredibleJourney’, by Sheila Burnford, a children’s classic.

The other story concerned a cat who fell asleep inside a washing machine. His owner shut the door and initiated a 60C cycle, but luckily then heard some noise and noticed a startled Bobby, a cross-breed bengal, throwing a mild panic inside the machine. Bobby had to be treated for shock and spent the night on an IV drip.

Chip (on the right) not using any of his 9 lives..

Cats are resourceful and tough, and apparently they always land on four feet – even if it occasionally kills them. The legend of 9 lives is centuries old, but there is no definitive story, and obviously the facts point to 9 narrow escapes, rather than 9 lives. But why 9? No reason, really, as in some countries, like Germany, they only have 7. So think of that. You’re a German cat, you’ve had 7 narrow escapes. What do you do? You come to the UK, where you can have another 2 ‘lives’.

BUT: do we really want German cats here, using our cat-litter, eating our catfood, harrassing our own cats? Do we?